Did you know that the Titanic was the most massive moving object in history? Its substantial size is enough to make one wonder how it was possible to build such a large liner. Combine that with the fateful tragedy that occurred during its maiden voyage and curiosity peaks as to what could be behind this misfortune. Let’s explore the construction of this famous liner and what could have led to the tragedy:

The making of the ship began back in 1909, and it commenced towards the end of March. James Andrews was the designer behind the project, and he laid the first keel in Ireland. The construction of the liner took place hand in hand with that of its sister ship, known as the Olympic. The building of the latter began a good three months before the Titanic, and during the installation of the two, more than fifteen thousand workers played a role here and there. So large and dangerous was the task ahead that it led to the loss of eight lives during the construction phase. That’s how tremendous the job was. Interestingly, at the time, there was an expectation that for every one hundred thousand pounds spent on a vessel, there would be one death. The Titanic cost one point five million pounds and was thus short of the number of expected fatalities during construction.

The considerable work in play also owed to the fact that no facilities existed at the time to enable the making of such a large vessel and the team thus had to make do with what they had.

They started by demolishing small slipways in the area to create space for two new ones. Additionally, they built two big gantries with lifts and moving cranes and bought a 200-ton floating crane. The latter came in handy in moving big boilers and other massive items into the ship where they could get positioned as per the design. The structures of the sister ships were so significant that people in Belfast could see them from afar, as well as the gantries in which they lay. Let’s take a look at each of the construction aspects of this vessel.

The hull consisted of more than three million rivets in place to connect the iron plates, which were an inch thick. It featured more than two thousand portholes through which the guests could enjoy the sight of rolling waves. After the tragedy happened, some people pointed out the rivet installation as a source of weakness which paved the way for the ship to come apart easily upon impact. The hull measured eight hundred and eighty-two point nine feet in length and ninety-two in width. For the shell to float unobstructed, it was necessary for it to be in water that was at least fifty-nine feet deep.

With a big vessel came the need for an abundant power source in the form of boilers. Towards the beginning of the twentieth century, coal was a primary source of power as it generated enough steam to keep engines running. The boilers in play for the vessel in the central area were twenty-four, and they featured double ends. They were twenty feet long with a width of fifteen feet and nine inches, and they operated with the use of six coal-burning furnaces.

There were six single-ended boilers which were in the six boiler rooms in the ship. These measured eleven feet and nine inches across their length, and they had the same diameter. When all the boilers were in operation, the ship boasted of horsepower of 46,000.

Andrews did an excellent job in designing the ship, so much so that his original plan comprised three funnels which were enough to service the boilers that lay at least one hundred and fifty feet below the surface. However, the company insisted that for a ship of that size, it was necessary to have four funnels. As such, three of the funnels in play functioned while the fourth one was there for show. The construction of the funnels took place off-site, and they got installed once the ship was no longer in the dry dock section.

These are crane systems that hover over a ship in a dockyard, through which the construction team can move materials to the height and the depth of the vessel. What’s more, they allow workers to move with ease, thus making the completion of work easy. The Titanic was so big that it needed a unique set of systems to make movement easy. The gantries in place measured 220 feet and were custom built.

The triple screw propulsion system operated through steam power and enabled the vessel to move at speeds of about 22 knots. The blades were in a pitch to ensure that the ship would not experience vibrations that could make the journey uncomfortable for the passengers. Also, the angle provided for a clear view of the sea while in the dining and smoking areas in the ship, thus enhancing the allure of the voyage. Owing to this angle, the ship moved at a speed that was much lower than what it could do.

Once the construction was over, it was time to move the vessel into a fitting basin, which was possible through the use of grease and soap in the slipway. Some people were doubtful as to whether the ship would float, on seeing the considerable use of steel in its build. Studies show that the steel in use was ten times more brittle than what is in play today, and it contributed to the fast sinking of the ship as well as the cracking. The frigid waters in the sea did not help as they made the steel less impact resistant. However, the reports point to flaws in the design as the main contributor to the sinking of the ship as the steel in place was the best at the time.

The construction of the Titanic took approximately three years to come to an end. What aspect of the build do you feel could have contributed to the tragedy and why? 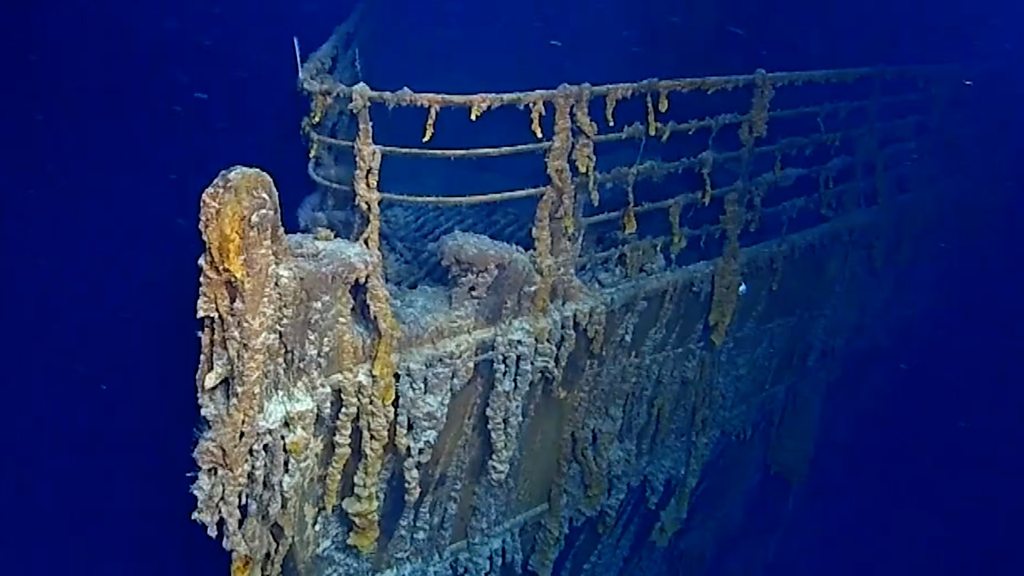 Almost everyone has heard about the Titanic in some form or the other. People have acted out some of the scenes that led to the disaster, commemorated their loved ones in song and written about the tragedy, but how much do you know about this incident that has shaped many a life?

The Titanic was for people who enjoyed comfort while at sea, and as a result, it featured lots of activities which the passengers could enjoy as they waited to dock at their destinations.

The sinking of the Titanic was an unexpected tragedy that shook the world to its core. What was once a magnificent ship lay at the bottom of the ocean, and all people wanted to do was understand how it all happened.