The sinking of the Titanic was an unexpected tragedy that shook the world to its core. What was once a magnificent ship lay at the bottom of the ocean, and all people wanted to do was understand how it all happened. To date, there are many unsolved theories as to what could have changed the course of the crash as people delve deeper into the accident. Here, we will cover the events leading to the crash and what measures were in place to help mitigate the risks:

The ship sank in the early morning on 15th April 1912, four days after it had left Southampton, heading to New York City. The accident took place in the North Atlantic Ocean as the ship ferried 2,224 people across the sea. According to the reports given, the vessel hit an iceberg twenty minutes to midnight on 14th April and took two hours and forty minutes to sink, leading to the death of 1500 people. So high was the number of fatalities that this incident is one of the most disastrous tragedies at sea throughout history.

Reports show that before hitting the iceberg, the operators on the ship had received six warnings as to the presence of icebergs. Passengers on the vessel had also spotted the drifting ice in the afternoon as the conditions in the sea at the time were at their worst. The lookouts were unaware of how bad the situation was, and the calmness of the sea did not help much as they could not tell where the icebergs were. What’s more, they were not using binoculars on that fateful day as they were missing and they thus relied on information from the operators and their bare eyes. With all this happening, it was, therefore, necessary for the crew to take caution when dealing with the communications, but the operators did not relay all that they heard over the radio. The operators at the time were not part of the crew, and their primary role was to convey messages to the passengers such that when a warning came in as to the state of the icebergs, one of the operators scolded the sender. The crew was aware of the presence of icebergs. However, the captain maintained a near maximum speed such that when the lookouts finally spotted the iceberg, it was too late to turn around immediately and during the rotation, the starboard side got hit.

The impact led to a rapture of six of the compartments in the three holds, boiler rooms 5 and 6 as well as in the forepeak. The design team had made the ship such that it could survive a blow to four of the compartments to the front and with six of them damaged, the crew was aware of the danger of sinking. Furthermore, the water was filling in the ship at a rate of seven long tons per second, which was fifteen times faster than the rate at which the crew could pump it out. They thus tried to reach other vessels through the use of distress wireless messages and flares, but the nearest ship was three hours away at best.

Seeing as they did not have much time on their hands, the crew started working on getting the travelers to the lifeboats. Their system worked such that the available boats would carry passengers to other vessels, ensuring that the travelers were not on board at the same time. However, the system had a flaw in that there was no ship nearby to which the travelers could go to seek refuge. What’s more, the ship was sinking at a fast rate. The crew prioritized the women and the children, and many women refused to board the lifeboats, seeing as they could not leave without their husbands and sons. The confusion got heightened by the fact that the crew had no idea how to go about the evacuation as the class for the same had not taken place. Thus, they launched boats before they were full, thinking that they could not carry at maximum capacity, which significantly reduced the number of people who could board the boats. At the same time, the captain was hesitant to sound the alarm, and many people below the deck were unaware of the danger which they faced until it was too late to do anything. What’s more, most of his officers were not aware of what was happening and had no idea that the ship was sinking. He also failed to follow up on his commands.

As a result of all this confusion and lack of preparation, the ship sank with more than a thousand crew members and passengers on board. The story goes that before the ship sunk, the musicians came on deck and sang to the travelers as they boarded the lifeboats. None of them survived, and there is controversy as to which song they were singing when the ship went into the water. Those who fell into the water or jumped into it either drowned for lack of know-how on swimming in the deep waters or died owing to exposure to the cold waters. Incapacitation led to many fatalities that night as even those who could swim were unable to get past the effects of severe shock.

Those on the lifeboats attempted to go back and see if they could save anyone and they found that most of those who were on the ship were dead. When the RMS Carpathia finally reached the scene of the accident, they found survivors in the lifeboats, and they embarked on a rescue mission which lasted well into 9:15 in the morning. The entire rescue operation lasted about nine and a half hours.

The disaster was quite a shock to the world. The number of lifeboats was in question as well as the laxity in regulations which could have helped in saving lives. Following claims that the third class passengers had not been aware of what was happening on deck, there was a lot of outrage as people called out the company for the unfair treatment. Inquiries followed soon after the incident and the reports from the same led to the establishment of the International Convention for the Safety of Life at Sea in 1914.

Did you know that the Titanic was the most massive moving object in history? Its substantial size is enough to make one wonder how it was possible to build such a large liner. 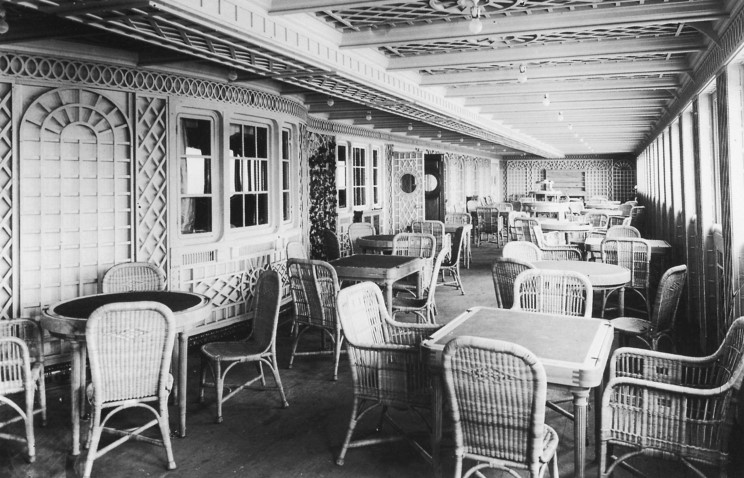 The Titanic was for people who enjoyed comfort while at sea, and as a result, it featured lots of activities which the passengers could enjoy as they waited to dock at their destinations.

The sinking of the Titanic was a disaster that saw more than 1500 people lose their lives in what was the biggest maritime tragedy of its time. More than 2,200 people had embarked on a journey to New York City before the ship sank after hitting an iceberg.